Currently, when we think about the blockchain ecosystem, it is very siloed and there are multiple chains that operate independently of each other. More so, settlement in a cryptocurrency or blockchain sense is usually done on a layer one to ensure maximum security and assurance of transactions.

Having an ecosystem settlement layer establishes undeniable security as well as objective finality if anything were to happen on a different blockchain that requires arbitration. This idea of a settlement layer in the ecosystem is a relatively new one and deviates from the common theme where it is believed that one blockchain will emerge to rule them all.

If we look at how Visa or Mastercard works, the final settlement when a transaction is done through a card is not immediate — it can happen days and even weeks later. Settlement is only final once this happens and then full security for that transaction is achieved.

When it comes to the cryptocurrency space and ensuring transactions cannot be rolled back or changed, the notion of a final settlement layer would come into play. Whichever chain or protocol ends up serving as the anchor for the ecosystem is who provides the security and immutability, as well as the confidence to support the entirety of the ecosystem itself. The foundational settlement is incorruptible, always available, resilient and only called upon to serve as an arbitrator.

What is interesting to note in the countenance to the maximalist, one monolithic blockchain to rule them all argument, is that a settlement layer is not maximalist. It does call on one chain to be the root, and the final settlement layer. But, the settlement layer promotes interoperability and inclusion, rather than the exclusion of coins.

The ecosystem only works if many kinds of coexisting blockchains operate on top of the maximally decentralized root chain. A fully interoperable network is greater than the sum of its constituent parts, allowing participants to square and cube the solution space.

The main feature of this settlement layer is to have a multitude of blockchains operate alongside and in cooperation with each other to suit the needs of all types of use cases and make for a more broad and powerful ecosystem.

It calls for one blockchain to serve as the global settlement layer for all those data transactions, no matter on which blockchain they occur on and how they happen. 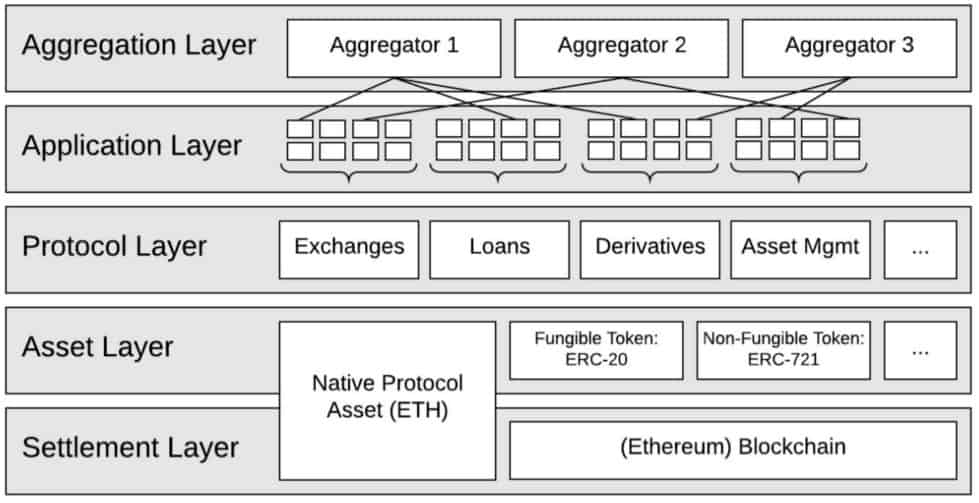 Understanding a web 3.0 stack with Ethereum acting as the global settlement layer