For blockchain to be a trustless and secure network, computers powering it must be incentivized. These computers are miners, and the rewards they receive for securing the network are called block rewards.

Block reward, or block subsidy, is a term popularized by Bitcoin, the first cryptocurrency with the largest market capitalization. As the term "block-chain" suggests, this digital ledger consists of data blocks cryptographically chained together. Meaning, there has to be a first block upon which all other blocks are added.

Whenever there is a transaction, a new block is further added to the chain. This new block is then verified by all other network participants, called full node miners. They are called "full" because each holds the entire blockchain record.

Whenever a mined block is added, computational power has to be exerted thanks to Proof-of-Work (PoW) consensus. This power is measured in a hash rate and is needed to solve a cryptographic problem for each newly added block, representing transactions. 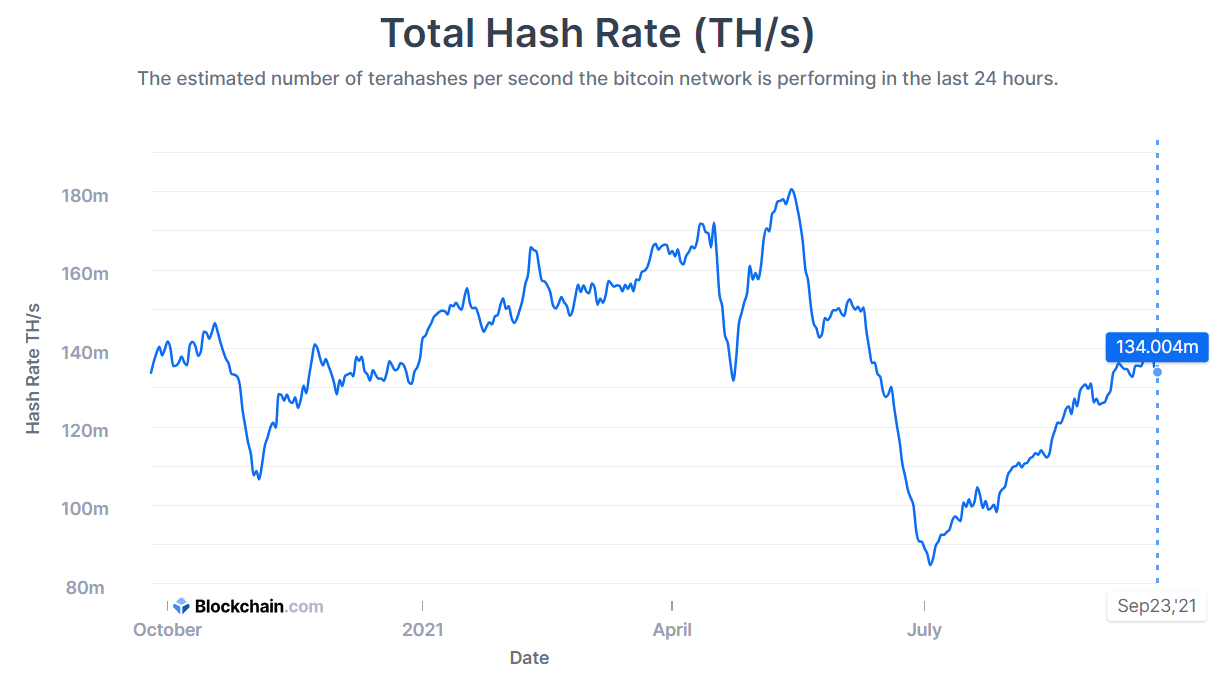 All the computational power of miners on Bitcoin's blockchain is represented by its total hash rate, in terahashes per second.

For instance, an Antminer S19 ASIC machine, specifically designed for mining Bitcoin, has a hash power of 95 TH/s, with a price tag of around €7k. Based on BTC's current price of €38.2k, it would yield a daily income of €16.77, if the cost of electricity is €0.1 EUR/kWh. From these figures, we can then conclude that the Bitcoin mining machine would pay itself off after 417 days.

Every blockchain has differently coded block rewards. Bitcoin has a deflationary mechanism, which makes it more difficult to solve hashing problems over time. In 2009, the block reward was 50 BTC, halving after every 210,000 blocks. There were three halvings so far, each separated by about four years. Accordingly, the present Bitcoin block reward sits at 6.25 BTC.

Far into the future, after 64 halvings, the block reward will be no longer. Due to the increased mining difficulty this creates, only specialized Bitcoin mining operations are able to make a profit, usually depending on the access to cheap electricity.