BEP-20 is a coding template for creating tokens on the Binance Smart Chain (BSC) blockchain.

While Ethereum is the dominant smart contract platform, it has no shortage of competitors. One of them is Binance Smart Chain, or BSC for short. As its name reveals, the world's largest crypto exchange - Binance - created its own blockchain with smart contract capability. To fully engage Ethereum as a competing blockchain, it also had to have a token standard.

On Ethereum, the standard for tokens is ERC-20, accounting for 850 projects according to Etherscan. They range from stablecoins like Tether (USDT), Dai (DAI), and USD Coin (USDC) to decentralized exchanges like Uniswap and Compound, and everything in between.

On BSC, the standard for tokens is BEP-20, mirroring Ethereum's projects. For example, although Chainlink (LINK) is an ERC-20 token, BEP-20 mirrored it - pegged it - so it can run on BSC. With such tokens, they will be called the same, except having a (BEP-20) addendum. 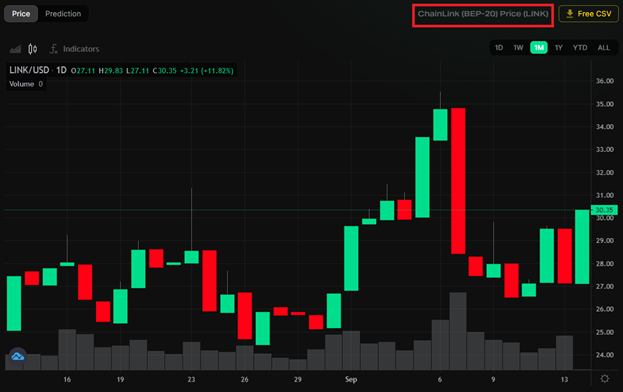 To differentiate itself from Ethereum-based tokens, same blockchain projects will have BEP-20 in their name, indicating they are running on BSC, source: nomics.com

It is very important to understand what kind of token is being sent or received from one wallet to another. Otherwise, compatibility problems and failed transactions may emerge.

However, because PancakeSwap is built for BSC, one can only exchange BEP-20 tokens on it. Of course, PancakeSwap's utility token CAKE is also BEP-20. Nonetheless, if you want to trade your ERC-20 tokens on BSC, there is a way to do it.

Binance has developed Binance Bridge for the specific purpose of creating cross-chain compatibility. One only has to use the Bridge to wrap ERC-20 tokens, so they become BEP-20 tokens. Furthermore, whenever BEP-20 tokens are transferred from addresses, a fee in the form of BNB is paid.

Just like ETH is the native cryptocurrency for Ethereum, so is BNB, the native token for Binance Smart Chain. BNB is used to pay for transactions and trading fees across all projects hosted on BSC. In short, what is ERC-20 for Ethereum's dApps, BEP-20 is for BSC's dApps.